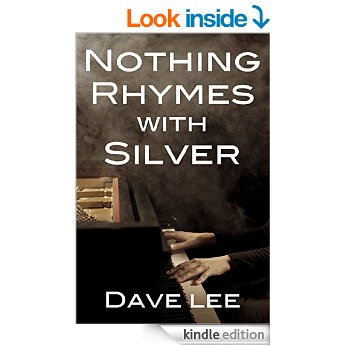 Those of you who have read my novel “Nothing Rhymes With Silver” will know that my eponymous hero, jazz pianist Jake Silver, knew only night people –  like most jazz musicians.

‘Night People’ only come out at night, You rarely see them in the daytime because once the first rays of the sun start to steal their night sky from them,  they stub out their last cigarette and hurry to their beds.  During the day they may appear to go through the normal activities of the nine-to-fivers, but that is just a shabby charade.  It is only in the darkness, when the night has cast its mantle of magical mystery that they come to life.

Daytime is for squares – shop workers and dog walkers: but  once the  night has come,  night people – just like superman,  shed their civvies to reveal themselves as they really are: sharp, hip, characters, buzzing with the vibe that digs jazz, pot, and  booze – and sex.  If you are a man, you’ll be trying to make it with chicks that have long legs, big boobs and high shapely arses.  If you are a woman, well, as Jake discovers in my book, the older ones seek to rediscover their youth in the arms of young, slim men with dark eyes and thick hair, whilst young gals dig guys of 35 or so whose faces have that look which says ‘I’ve been there and I know all the answers’, and in whose arms (and beds) they feel safe.

But as Jake also found out, as you will too if you read my book: whether young or old, all the broads dig jazz musicians.

Jake led a band in an expensive, plush Johannesburg night club – just as I did. And just like me, Jake played solo jazz piano in many late-night watering holes in London and New York City.

And so, Jake and I offer you a glimpse of night people as we saw them in the very expensive night clubs in Johannesburg in the late 1950s  and in one or other of the hang-out bars in London or New York City then – and now. Some things never change.

In the early 1960s, Ciro’s was the flashiest and most expensive night club not only in Johannesburg, but probably in the entire southern hemisphere. And the people who frequented it were the flashiest and wealthiest South Africa had to offer.

All of Jo’burg’s glitterati made their way down its wide curving staircase into this basement of all the earthly delights money could offer. And so did newspaper reporters to see if there was any scandal they could pick up for their morning edition.

And there was always plenty of that! It was a crazy, amoral, bejewelled paradise – for night people at any rate.  We all knew that a couple of hundred thousand people couldn’t live high on the hog forever at the expense of the twelve million or so black South Africans, forced to live in conditions of semi-slavery.

It had to end: but when? Nobody knew. So life was lived – especially among the rich – like there was going to be no tomorrow. It was like being a passenger on the Titanic except that you knew it was going to hit the iceberg. So the message was:  let us have a ball, die young and make beautiful corpses!

It was a wild place where the good times rolled like never before. I have a thousand stories I could tell to prove that.

I remember one midnight, when Joanna and Milly let us call them, wives of two very seriously rich men came into the club together but minus husbands. I won’t give their names in deference to their heirs who are still probably around.

They took a table right over in the quietest corner of the club. Both were in their mid-thirties I would guess. Milly, the shorter of the two was a slim brunette her hair as always,  done in a Pompadour fashion piled on top of her head I guess to make her appear taller than she was. She also wore ornate glasses, the frames and the lenses being the same colour as her green silk cocktail dress, whilst Joanna, three inches taller, her rich blonde hair falling about her shoulders, was flashing her curvaceous body though a figure-hugging black ankle-length creation with a split up one side reaching almost to her panty line.

As we were very busy that night, I took no notice of them, until about an hour later, when my tenor sax man who was standing to play his solo turned to attract my attention and, having done so pointed his horn in the direction of the two wives.

I looked round at them from my Steinway piano, to see Milly kissing and licking Joanna’s long neck. I also noticed that her bejewelled right hand had disappeared through the split in Joanna’s dress.

Was I shocked? No!

Having been leading the band for the previous six months I reckon I had seen everything that man and woman can get up to. So I was not shocked.

But I was worried in case a member of the press was in the club. That kind of story can create all kinds of trouble when Hubby stops making more and more money for a minute to read the papers.

So I immediately called over Freddy Piccelo the Italian head waiter, to point out what was going on and suggest he  fiddles with their table cloth in such a way to ensure that nobody will be able to see what they were doing.

“Why should I do that”? Freddie asked.

“Because they are lesbians, that’s why” I said.

His face creased into a wry. knowing smile: “Don’t be silly” he said. “They have been coming here for years. I know them well. They are not lesbians. They’re Jewish.”

And he hurried away.

Night people? I will tell you much more later when we get know one another better.

And how about checking out my novel about Jake Silver, which is based on some of my wilder experiences playing the clubs back in the day.

Here is the link both to the kindle edition and the physical 2 book saga – let me know how much you enjoy reading it by posting comments on Amazon or indeed here on my blog.

Just click on one of the links below and hit the buy button!